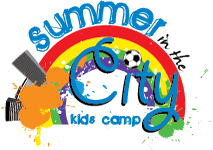 The ‘Knock On’ Effect

Summers are just not summer without Summer In The City. For the past 11 years of my life I’ve been there – persuaded as a younger child, willingly as a teenager and eagerly now, as a coach. It becomes a holiday in itself, a home away from home, an adopted family equally funny and annoying as your own. For my sister and myself that’s just what summers were about – laughs and memory making with old and new friends. Summer In The City isn’t just another of those camps, it’s a way of life, and it shaped mine.

I arrived a bemused 10 year old and puffed my way round the warm up thinking of all the excuses I could use for tomorrow and how many sweets I could buy at lunch. This was my first camp ever and after two laps, I was ready to go home. But Summer in the City found something for me. There is something for everyone and that is the beauty of SITC.

Having begged my mum to drop me off early, I was there at 8am the next day in my shin pads. Keen. I had been told we were doing hockey that day and on top of that, I would have a one on one session and get to meet an Olympic hockey player too. After that I was hooked. Over that summer and over the years, this was the package I was given. I improved so much, learnt new skills and got fit. From quite an introverted little girl, I became a confident, happy go lucky person who couldn’t get enough of any sport including rugby…

Rugby. My passion, much to my own surprise. Soon after playing rugby for a couple of weeks I was nicknamed ‘the tank’. I got the bug, the ‘knock on effect’, quite literally – after dropping the ball quite a lot to begin with. I was given quite specialised coaching and I was pointed on to further my skills after those summers were over. I was given unending support from the coaches at camp too. It was then I was given the opportunity to be trained up as a coach myself.

I realised all too quickly that coaching wasn’t just about blowing a whistle. It is about standing in the rain and still being there to support and better your team when they think they have had enough. Being given the opportunity to coach was and still is magic – to see a kid’s face light up when they score their first goal or dodge someone or save that shot. I was given such expert coaching I wanted to give back and continue the legend of SITC. So many skills like good communication, teamwork and perseverance in the face of adversity have set me in good stead for where I am today.

If I had turned back 11 years ago and made some excuse to get out of running laps I would not be in the position I am now. If I had told little me that I would meet life long friends and vital contacts I wouldn’t have believed it. If I could have fast forwarded time and saw I would become a coach I would have laughed because that was the road less travelled. But as I found out, taking the road less travelled sometimes makes all the difference. Going to SITC as a child, at first, was a chore but the people there became my family. SITC isn’t like other camps, it a fun and safe place where the individual flourishes. It is a place where the children become part of the ‘knock on effect’, the cycle, where one day they too will be coaches. It is a sports camp but it is an education in itself, vital in making one whole. I joked when I was younger, “Nic, Scott…when you are old will we be running the place?” And it looks like we are – kind of.